Director Axel Rüger will leave the Van Gogh Museum. Today he announced that starting in June 2019 he will become the new Secretary and Chief Executive of the Royal Academy of Arts in London.

Axel Rüger: “With great pleasure and passion I have worked at the Van Gogh Museum in Amsterdam. It has been a privilege to lead this wonderful and successful institution. With great pride I look back at many interesting exhibitions, beautiful acquisitions, extraordinary milestones and colourful and ambitious events during my 13 years at the museum.

I am very fortunate that I have been able to collaborate with so many loyal employees and professionals working for the museum. I am honored to have been asked to lead the Royal Academy of Arts alongside its President and carry forward this 250 year old institution with its rich history and heritage.

I look forward to starting in London in June, knowing that I will leave the Van Gogh Museum in good hands, with many promising exhibitions and activities already scheduled in the near future.”

The Royal Academy of Arts

The Royal Academy of Arts was founded by King George III in 1768. It has a unique position in being an independent, privately funded institution led by eminent artists and architects whose purpose is to be a voice for art and artists. Its public programme promotes the creation, enjoyment and appreciation of the visual arts through exhibitions, education and debate.

Recent exhibitions include Charles I: King and Collector, Oceania and the 250th Summer Exhibition. It is financially completely independent with the principal income deriving from the 1.5 million annual visitors, commercial revenue and the support of the 95,000-member strong friends organisation.

Jaap Winter, chairman of the Supervisory Board of the Van Gogh Museum congratulates Axel: “with his honourable appointment at this prestigious international art institute, we are convinced that Axel will contribute to furthering the achievements of the Royal Academy in London. We thank Axel for his 13 years of exceptional leadership of the Museum. We will miss his professionalism and enthusiasm, and our positive collaboration.”

Under his inspiring leadership, Axel has had 13 successful years at the Van Gogh Museum, with many highlights, including important exhibitions such as Van Gogh and the Colors of the night (2009), Munch : Van Gogh (2015) and Van Gogh and Japan (2018), the development of the collection with numerous acquisitions by artists such Van Gogh, Edgar Degas, Paul Signac and Edvard Munch.

Many research projects have strengthened the position of the Van Gogh Museum as a research institute. Notable are also the year-on-year growth of visitor numbers, digital presence and followers on social media, the addition of the new entrance hall, and the development of commercial activities such as the Meet Vincent Van Gogh Experience.

A large-scale study on the reputation of the 18 most famous art museums in the world published by the Erasmus University, Rotterdam, in which the Van Gogh Museum ranked second, after the Louvre, underscores the excellent position the Van Gogh Museum has attained under Axel’s leadership over the past 13 years. 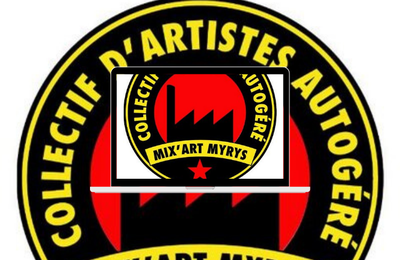