The respondents greatly admired the Van Gogh Museum’s collection, as well as the social responsibility fulfilled by the museum and its judicious handling of public resources. The high ranking also reflects the strong reputational score enjoyed by the Netherlands and by the city of Amsterdam compared to the nine other countries included in the study. Axel Rüger (Director of the Van Gogh Museum): ‘Our task is to make the life and work of Vincent van Gogh accessible to as many people as possible around the world. It’s naturally fantastic for us to hear that this is so highly appreciated.’

The Louvre occupied first place globally, with the world’s highest reputational score (84.3). Axel Rüger: ‘The fact that two Dutch museums feature in the world top ranking says a lot about the level of our museum sector. We can be proud of that.’
Prof. Cees van Riel (chair in corporate communication at Rotterdam School of Management, Erasmus University, and co-founder of the Reputation Institute): ‘The position of the relatively young Van Gogh Museum is strikingly high compared to the traditional giants.

The famous series of national heritage museums like the Louvre, the British Museum, the Prado, the Hermitage and the Rijksmuseum all did slightly less well than the Van Gogh Museum. This is remarkable, given that within the list of the 18 most famous – and in many cases most visited – museums, this is an institution that focuses on a single artist.’

For the purposes of this worldwide study, the Rotterdam School of Management, Erasmus University, in collaboration with the renowned Reputation Institute, researched the reputation of art museums around the globe. A study on such a large scale had not previously been carried out for international art museums.

Eighteen institutions were examined, located in ten countries and four continents. They were selected on the basis of criteria including visitor numbers, while seeking to achieve the best possible spread across the continents. A total of 12,000 people were surveyed.

The reputation of the museums was researched using the same standardized instrument that is applied to businesses, RepTrak®. This means that the results are comparable not only between museums but also between museums and businesses.

Van Riel: ‘Art museums generally score highly for three reasons. Firstly, they have appealing and distinctive collections, while secondly, they are seriously committed to delivering added value to society by spreading their outreach evenly across different groups: museums conserve heritage, they have an educational function and they bring pleasure to a large public.

That public is increasingly diverse – in Europe, certainly – and collections are being made accessible to more people who do not belong to the cultural and economic elite. The final reason why museums score so highly is the responsible way they handle funds from the public or private sector.’
The Van Gogh Museum scored highly on all three of these success factors. Another explanation for the museum’s very high ranking is the strong reputational score enjoyed by the Netherlands and by the city of Amsterdam compared to the nine other countries and cities included in the study.

Businesses can learn from museums

One interesting conclusion that can be drawn from the report is that businesses wishing to enhance their reputation could learn something from the social contribution delivered by the museums and the way in which they are administered, Cees van Riel says: ‘The museums’ DNA is entirely concentrated on fulfilling their social tasks.

This sense of purpose means that museums spend their money in the smartest way possible, for which they are rewarded in the shape of a fabulously high reputation. Businesses that would like to improve their reputation could certainly learn something from the drivers behind the strong reputations enjoyed by the museums.’ 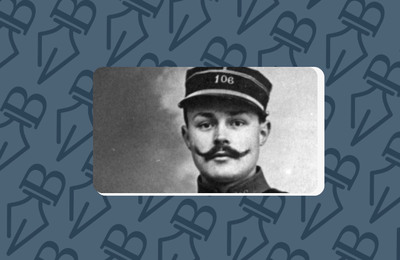