This summer the Van Gogh Museum is presenting lesser known paintings of woodland views and landscapes by Vincent van Gogh alongside works by French landscape painters such as Théodore Rousseau and Camille Corot in a show titled Van Gogh, Rousseau, Corot: In the Forest. Forest-filled summer exhibition at the Van Gogh Museum from 7 July to 10 September

This exhibition explores a neglected aspect of Van Gogh’s oeuvre and shows how his vision of nature was shaped in part by the artists of the School of Barbizon. These innovative painters depicted nature in the loose style characteristic of the landscapes they made in the Forest of Fontainebleau, near the village of Barbizon, just south of Paris.
The exhibition Van Gogh, Rousseau, Corot: In the Forest presents 34 works from the Van Gogh Museum and The Mesdag Collection, as well as three exceptional loans: Sunset at Montmajour (the most recently discovered of Van Gogh’s paintings), Pollard Birch from the Van Lanschot Collection and a painting from a private collection, Windswept Trees near Loosduinen, on which Van Gogh’s fingerprints can be seen with the naked eye.
Throughout the summer, including the duration of Van Gogh, Rousseau, Corot: In the Forest, the museum is also open on Saturday evenings.

Van Gogh, Rousseau, Corot: In the Forest presents woodland views by Vincent van Gogh in the context of paintings from the School of Barbizon. Until the 1830s it was customary for artists to paint indoors, in the studio; it was mainly sketching that was done outside. This began to change in the mid-nineteenth century, when landscape painters increasingly captured unspoiled nature by setting up their easels outdoors to work en plein air.
Artists like Théodore Rousseau (1812-1867) and Camille Corot (1796-1875) went to the village of Barbizon to paint in the old Forest of Fontainebleau. This forest still had the kind of rough, uncultivated landscape that artists liked to paint, just as it appeared before their eyes, with ever-changing atmospheres and light effects.
These painters preferred an unidealised representation of nature and a loose style of painting that was very innovative. Trees, vegetation, and the play of light and shade on the foliage and the ground now became subjects in their own right. This new type of woodland scene, called ‘sous-bois’ (French for undergrowth), found a large following among painters and collectors.

Van Gogh, too, was a great admirer of the French painters of Barbizon and their sincere and personal rendering of the landscape. Their work reflected his own perception of nature. Since childhood he had been hiking through fields and woods, a habit that fuelled his lifelong love of nature. In Van Gogh’s eyes, art and nature were inseparable. An artist bent on knowing and understanding nature had to work in the midst of it. In the countryside he found inspiration, peace and consolation. He was also attracted by the woods, where he painted motifs such as tree trunks and undergrowth directly from nature.

Van Gogh tried to imbue his woodland scenes with a certain feeling or mood. He sought to paint a forest view in such a way that ‘one can breathe and wander about in it — and smell the woods’. During his stay in Paris, Van Gogh went repeatedly to Asnières, just outside the city, to paint a series of woodland views in which he used bright colours and loose brushwork, following the example of the Impressionists. With rapid brushstrokes he succeeded in evoking the atmosphere of a sunny day in a woodland setting, as seen in Path in the Woods (1887, Van Gogh Museum).
In later periods, too, Van Gogh directed his gaze at trees, woodlands and undergrowth. He painted, for example, tree trunks covered with ivy in the neglected garden of the asylum at Saint-Rémy. His very last work, painted in Auvers-sur-Oise, is a colourful picture of gnarled tree roots.

The exhibition Van Gogh, Rousseau, Corot: In the Forest features 13 paintings by Vincent van Gogh, 10 of which come from the collection of the Van Gogh Museum. In addition, the presentation includes 24 works by other artists from the Van Gogh Museum and The Mesdag Collection (The Hague), among them landscapes by Théodore Rousseau, Jules Dupré, Camille Corot and Narcisse Diaz de la Peña.
The painting Sunset at Montmajour (1888) by Vincent van Gogh returns to the Van Gogh Museum for this exhibition. This work from a private collection was attributed to Van Gogh in 2013 – after extensive art-historical and technical research – and subsequently presented at the Van Gogh Museum. It is the most recent addition to Van Gogh’s painted oeuvre.
The summer presentation will also include Van Gogh’s 1885 painting Pollard Birch from the Van Lanschot Collection. It will be this painting’s first appearance at the Van Gogh Museum. Another work on loan from a private collection, Windswept Trees near Loosduinen (1883), bears Van Gogh’s fingerprints on the upper right-hand side. This painting’s hidden existence kept it from view for many years; it will now be on public display for the first time since 1904.

During Van Gogh, Rousseau, Corot: In the Forest the museum will extend its opening times: from 14 July to 3 September its doors will be open daily from 9am to 7pm, staying open on Fridays to 10pm and on Saturdays to 9pm. In this period it is also possible to attend, free of charge, an introduction to the exhibition in English: every Monday to Friday at 10.30am.

The exhibition Van Gogh, Rousseau, Corot: In the Forest has been made possible in part by the Ministry of Education, Culture and Science (OCW) and the BankGiro Lottery. 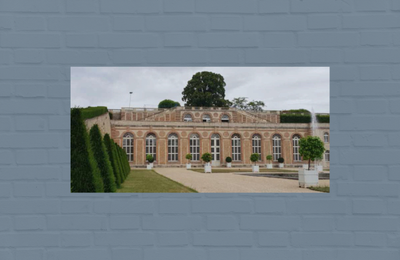