Director, producer, and animator Mark Osborne will be awarded the insignia of Chevalier of the Order of Arts and Letters by Bénédicte de Montlaur, Cultural Counselor of the French Embassy, on Wednesday, May 10th, in New York. Osborne is to receive this distinction in recognition of his achievements in film -- notably his animated adaptation of The Little Prince by French writer and pioneering aviator Antoine de Saint-Exupéry – and his work with the Antoine de Saint Exupéry Youth Foundation dedicated to improving the everyday lives of disadvantaged youth according to author Saint-Exupéry's humanist legacy.

The Order of Arts and Letters was established in 1957 by the French government to honor distinguished artists and writers and people who have contributed significantly to furthering the arts in France and throughout the world.

Two-Time Academy Award-nominated director Mark Osborne studied art at the New York Pratt Institute before graduating from the California Institute of the Arts with a BFA in experimental animation. His work includes Dreamworks’ critically-acclaimed animated box office hit, “Kung Fu Panda”, which received an Academy Award nomination for Best Animated Feature, and “More”, a stop-motion short film nominated for Best Animated Short Film at the Academy Awards. Osborne received the prestigious Guggenheim Fellowship in 2004, and various awards for designing and producing graphics and animation for various television networks such as TBS, The Cartoon Network, and Nickelodeon.

Osborne’s animated adaptation of The Little Prince by Antoine de Saint Exupéry, the most translated book of all time after the Bible, blends CGI and stop-motion techniques, and features an impressive voice cast including Jeff Bridges, Rachel McAdams, Mackenzie Foy, and Marion Cotillard. With visual representations deemed “superb” by the New York Times and “fragile and beautiful” by the New York Post, the film was met with world-wide success and critical acclaim and was awarded a César (French Oscars) for Best Animated Feature in 2016. Osborne is currently writing and developing several new animated film projects including an adaptation of Jeff Smith’s Bone.

Osborne is also the first US Ambassador of the Antoine de Saint-Exupéry Youth Foundation which is dedicated to providing educational, cultural and artistic opportunities to disadvantaged youth worldwide and is present in nearly 30 countries. Many of its projects, such as the creation of the first-ever tactile art book featuring drawings in relief of The Little Prince and descriptions in Braille by blind artist and publisher Claude Garrandes for visually-impaired children, have been widely recognized. The Saint-Exupéry Youth Foundation is also partnering with the American Foundation for the Blind for the development of an educational program for visually impaired youth in New York with the support of the IWC Schaffhausen. In Saint-Exupéry's famous words, "One sees clearly only with the heart. What is essential is invisible to the eyes.”

Following the Arts and Letters insignia ceremony, Osborne will participate, along with Olivier de Giraud d’Agay, great-nephew of Saint-Exupéry and delegate general of the Antoine de Saint-Exupéry Youth Foundation, and Pulitzer Prize-winning author Stacy Schiff, in a discussion focusing on the exceptional life and work of Saint-Exupéry, hosted by the Albertine bookstore.

Free and open to the public, the discussion will be conducted in English and will take place from 7 to 9 PM. All interested audiences are welcome to RSVP to the event on the Albertine website or by clicking here. The event is co-organized with the Antoine de Saint-Exupéry Foundation and with the support of Air France. The Order of Arts and Letters

The Order of Arts and Letters (Ordre des Arts et des Lettres) was established in 1957 to recognize eminent artists and writers, as well as people who have contributed significantly to furthering the arts in France and throughout the world. The Order of Arts and Letters is given out three times annually under the jurisdiction of the Minister of Culture and Communication. American recipients of the award include Paul Auster, Ornette Coleman, Agnes Gund, Marilyn Horne, Jim Jarmusch, Richard Meier, Robert Paxton, Robert Redford, Meryl Streep, and Uma Thurman.

The Cultural Services of the French Embassy

The Cultural Services of the French Embassy promotes the best of French arts, literature, cinema, language, and higher education across the US. Based in New York City, Washington D.C., and eight other cities across the country, the Cultural Services brings artists, authors, educational and university programs to cities nationwide. It also builds partnerships between French and American artists, institutions and universities on both sides of the Atlantic. In New York, through its bookshop, Albertine, it fosters French-American exchange around literature and the arts. 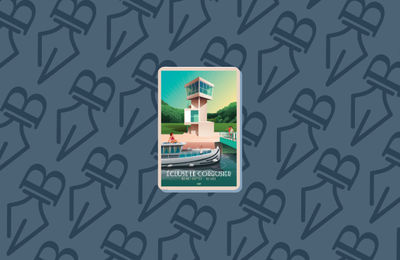