During the month of May, Filmatique will host a collection of films from exciting new voices in Asian cinema. Though from countries as diverse as China, South Korea, Indonesia and Vietnam, common themes pervade these narratives— rapid urbanization, economic hardship, ill-fated love and the erosion of individual identity. Yong Le is one of many economic migrants who inhabit a vast underground labyrinth of rooms and corridors in the outskirts of Beijing. He scavenges sellable objects from abandoned homes to make ends meet until an accident leaves him blind. Yong Le's neighbor Xiao Yun is a young woman who pole dances for a living, yet aspires of a better life. Though doomed from the start, their romance offers a hint of a forsaken community's collective dream— to surface to air. Underground Fragrance provides a dark portrait of a contemporary China's nihilistic capitalism, and the consequences of economic stratification on both individuals and society as a whole. The use of silences and masterfully-composed shots lends a haunting, surreal atmosphere to Peng Fei Song's debut feature, registering him as a talent to watch. 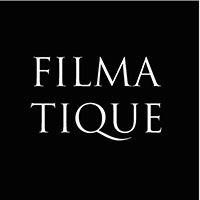