Xico is an adolescent boy who spends his days either riding around in his father's sanitation truck emptying septic tanks; fraternizing with his wild-eyed uncle Nelson; or retreating into his own world of poetry, which his father dismisses as either a symptom of his uncle's salacious influence or Xico's nascent homosexuality. It is a world in which much is felt, but little happens. Ultimately Xico must choose whether to remain in Stonefish or pursue his dreams elsewhere.

Cláudio Assis's fourth film examines the themes of his previous films— music, literature, alcohol, vagrancy, and art as a force of salvation— through the eyes of a young man on the brink of adulthood. Big Jato premiered at Munich and Brazilia, where it won Best Screenplay, Best Actor, and Best Film. 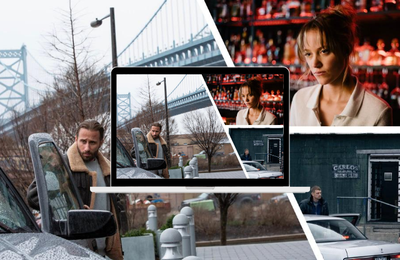