Fine dining in the old town, breakfasting into the late afternoon and coffee in a freshly renovated traditional coffeehouse: an overview of the interesting new arrivals on the capital’s dining map. Graben 30 opened in the heart of Vienna’s historic old town in fall 2016. Situated in a highly sought-after location, the new venture is a fine dining restaurant, bar and lounge all rolled into one. It offers Austrian and international cuisine with great views of people window shopping on the exclusive pedestrianized shopping street outside.

Just around the corner, on Naglergasse, Crazy Lobster specializes in fresh lobster, snow crabs and steak at reasonable prices.

Around two years ago legendary confectioners Gerstner, former holders of the imperial warrant, opened a shop and Sparkling Bar opposite the Vienna State Opera. November 2016 saw an addition to the existing set up in the plush Palais Todesco on Kärntner Strasse when a café/restaurant opened in the staterooms of the former aristocratic residence.

In the same month, Cin Cin Buffet opened its doors to customers in the first district. Designed by the acclaimed Viennese architect Hermann Czech, this relatively small establishment on Schottenbastei is inspired by Italy’s beloved daytime bars. The menus cover everything from breakfast to snacks, schiacciate to toasted sandwiches and coffee to wine.

Meanwhile at RisottoBox in the second district, grain has been the star of the show since the offical opening in fall 2016, whether it is in the form of porridge, muesli or congée for breakfast or various types of risotto for lunch. The dishes are available to enjoy in the attractive daytime-only restaurant led by seasoned restaurateur Leo Doppler (owner of Restaurant Hansen in the former stock exchange building), or to take away.

New restaurant Léontine in the third district is a homage to down-to-earth French cuisine featuring a generous dash of Viennese Gemütlichkeit, or cosiness. Its outstanding bistro cuisine is served in a tastefully reinvigorated traditional Viennese Gasthaus setting.

The popular Freihaus quarter next to Naschmarkt has become the destination of choice for fans of late breakfast, thanks to Figar 1040. A wide selection of organic egg specialties, breakfast burgers and numerous tasty breakfast combos are available daily all the way through until four in the afternoon. The kitchens also cook up a storm at lunchtime and in the evenings. Elsewhere, luxury hotel Le Méridien on the Ringstrasse is currently being renovated – without closing its doors to visitors.

You, its new restaurant, designed by BEHF architects, pays tribute to the classic Viennese salons of old.

The lovingly restored Café Eiles in the eighth district is back to its best following a refurbishment project. As befits a traditional Viennese Kaffeehaus, its menu covers all the bases, from mugs of melange coffee and plates of apple strudel, to coffeehouse classics such as goulash soup and wiener schnitzel.

Ludwig & Adele am Markt opened recently on Brunnenmarkt in the 16th district. Located in the old market supervisor building, it serves focaccias, salads and soups, with a special market breakfast available on Fridays and Saturdays.

Anyone looking for sustenance after visiting an exhibition at the 21er Haus should call in at Twentyone. Now under new management, highlights of the museum restaurant include a 200m² terrace which is in action all year round. The museum itself presents the Belvedere’s contemporary art collection and a rolling line-up of international temporary exhibitions. Brunch is available at the new-look eatery on Saturdays, Sunday and public holidays. 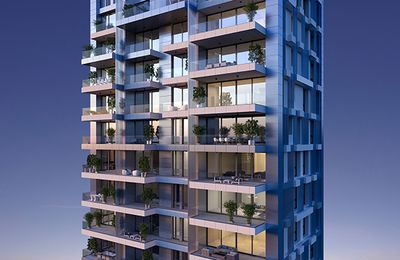