From 30th of June to 2nd of July, the city of d’Enghien-les-Bains (France) will host the XITH ANNUAL MEETING of UNESCO’s Creative Cities Network Enghien-les-Bains the smallest city in the network

Enghien-les-Bains is now one of the big players, as our city is set to demonstrate again this year alongside Sydney, Seoul and Budapest when it proudly flies the flag of cultural excellence for France. After joining UNESCO’s Creative Cities Network in 2013, our city has been unanimously chosen to host the network’s Annual Meeting. Some might say taking on this huge international event is quite a big challenge for the smallest city in the network. However, at an easy distance from central Paris and Charles de Gaulle airport, Enghien-les-Bains is arguably the most strategically placed location to hold conferences on the global stage.

A spa and tourist city attracting six millions visitors annually, Enghien-les-Bains, while never losing sight of the importance of its heritage and history, has led the way in innovation for many years already. In 2002, it opened its Centre des Arts, a complex specialising in the digital arts part-funded by the Ministry of Culture and Communication.

A few years later, the Digital Arts Network (DAN), an international collaborative platform represented by over 20 organisations working at the juncture of the arts, science and industry, was founded in the city. Ground-breaking and innovative, Enghien-les-Bains has since developed its own international digital arts biennial, Les Bains Numériques, and is delighted by the resounding success of the Paris Images Digital Summit, the special effects festival co-produced with the Commission du Film d’Ile-de-France.

This coming June, it has the great honour of hosting the 11th Annual Meeting of the UNESCO Creative Cities Network. For over 15 years, the city has consciously pursued a digital policy motivated by its confidence in the economic potential of a sector with excellent employment opportunities.

Potential that did not go unnoticed by Philippe Sueur, President of CEEVO, the business development committee for Val d’Oise, who promotes innovation by offering expert and innovative businesses in Val d’Oise a place which has innovation written all over it: the Numeric Lab, an incubator for start-ups, such as Diplopixels whose Indie Guides app was ranked among the best travel apps by the American daily newspaper USA Today. If digital technology is a vehicle for growth, Enghien has its hands firmly gripped on the wheel!

“2017 is a year of creativity in Enghien-les-Bains. Designated as a Creative City for the Media Arts, our spa town in the Grand Paris region is set to host the 11th annual meeting of UNESCO’s Creative Cities Network, established in 2004 to foster cooperation and creativity as a strategic factor for sustainable urban development. It’s going to be an exciting challenge for Enghien’s business and tourist stakeholders in terms of developing their services and capitalising on this growth for the future. It’s a mark of recognition for Enghien-les-Bains and French cultural excellence at the international level.” 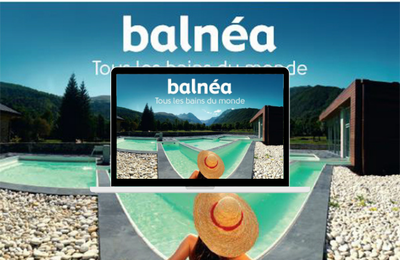 OMG I can't believe this!
I have been to all of these wonderful cities, Sydney, Seoul and Budapest.
If you ask me which one is better, I can tell you Budapest is good for architecture, Seoul for food and Sydney for fun. :)