‘She’s always got her nose in a book!’

That was my mother’s eternal complaint. Instead of helping with the dishes, I was reading. If I wasn’t reading, I was writing, madly, a seven-year old aspiring author:

‘Vicky Dare, the girl detective and her big Alsatian Rex’...‘Carlotta dashed to the door, her face white with horror’...‘a secret compartment was revealed! There, glittering, lay the Lane jewels!”

I was keen on adventure stories then. But four years ago, when I finally decided to write a novel, the genre I chose was romance. Ever since Vicky Dare and Carlotta I’d been writing in some form or another. Two non-fiction books were in print, a Course Book for advanced learners of English and a translation of a book of literary criticism (ouch that was hard…) plus there was the usual drawerful of unfinished masterpieces covered in coffee stains.

So why romance? I was reading lots of romantic novels at that time. My mother was in her final years, I was shuttling between France and the UK, watching with an aching heart the decline of a loved parent, an experience many of you may recognise. T.S. Eliot said that ‘humankind cannot bear very much reality’; for me, blue skies, sunsets and happy endings were a wonderful escape, not to mention cheaper than therapy. Secondly, the idea of writing within an imposed framework was a new and interesting challenge. I’ve always got a kick out of learning new things–one of the great spin-offs of being a teacher. In fact I probably learned more from my students than they did from me…

The idea took root. Already I knew where I wanted to set the story. The pays basque, historically fascinating, stunningly beautiful, wasn’t this an ideal stage on which the drama could play out over a series of three books? The writing began, centring on the story of three women. Their romantic destiny brings them to the Atlantic coast of France where naturally they discover cesta punta, pintxos, Iroulegy, cocktails at le Grand Palais and a cast of stunning Frenchmen in wetsuits. As one reviewer put it: ‘think Bridget Jones but with (marginally) less neurosis’. There’s plenty of fun and romance, but also ‘suspense and tension’ as secrets are revealed and conflicts emerge.

Meanwhile, I’d been exploring something else that was new. When the seven towering bookcases in our house finally threatened to collapse, I bought the Kindle e-reader. Now, on my trips to the UK, I could slip 1000 books into my handbag, no excess charge. From reading e-books the idea of publishing one took shape. Imagine the advantages: no painful rejection slips from traditional publishers, the acquisition of a brand new skill, and it was very fast. Exciting!

There were speed bumps. I was extremely technologically-challenged, not even knowing what ‘link’ meant. We had moved from city to country, a new life surrounded by bees and lavender, a writer’s paradise. If you were looking for a recipe for jugged hare, this was the place to be. If you were looking for a helpful techie, forget it. I logged onto the (slow) internet and struggled with bitlys, URLs, RSS feeds and ASINs . It was like being Sandra Bullock in Gravity, struggling with airlocks and fire-extinguishers and launch instructions written in Chinese. Would I make it? Or be lost forever in deep space like George...? Fortunately former students put on their teachers’ hats and provided long-distance emergency support. Ouf.

Finally, on March 14th 2014, I sat at the computer and clicked on Word doc: ‘Biarritz Passion. Book 1: French Summer Novels’. Next to me were notes covered with exclamation marks and a large glass of wine. Three hours later the manuscript was uploaded to Amazon and the formalities completed. (The most frightening part was filling in the on-line US tax form.) In May 2015 ‘Hot Basque’, Book 2, was added to the Amazon bookshelf, and Book 3 is simmering next to the jugged hare.

One of my mother’s favourite sayings was ‘Enjoy yourself, it’s later than you think’. She was right. We should all make the most of our passage through the bees and lavender. I am currently enjoying myself writing a ‘backstory’ to the novels while making sacrifices to the Muse, praying the inspiration doesn’t run out. Interested parties can find out more at 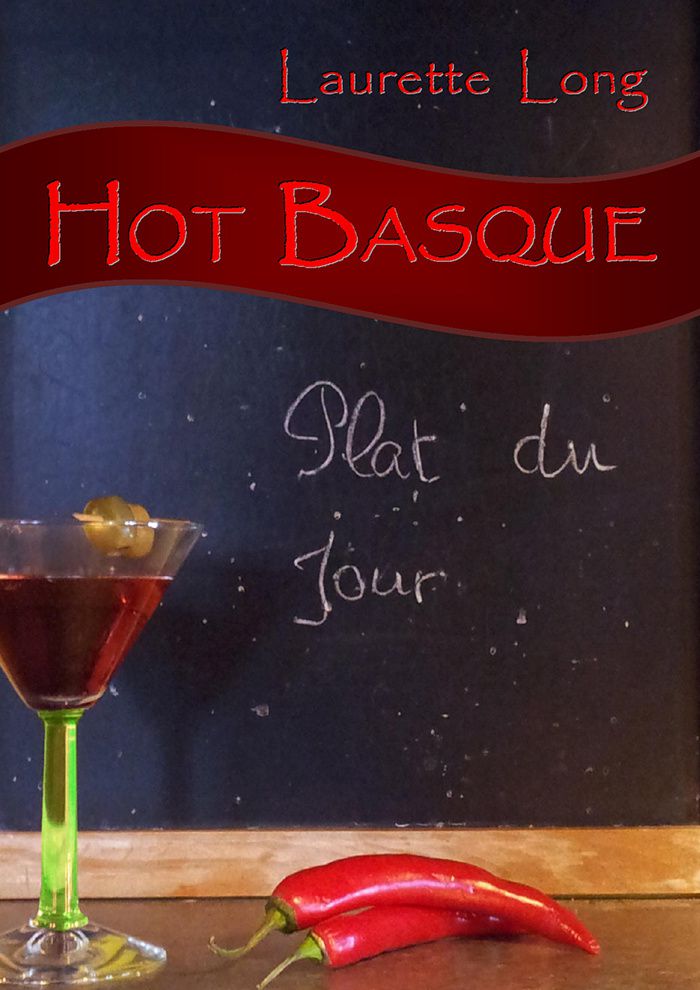 Finally a big thank you, Bernie, for inviting me to appear on your blog. Pleasure is mine Laurette Thanks Bernie for supporting Laurette!
I really recommend to follow her blog, which has been so far for me a provider of a good laugh every time I needed it!
I just love the sense of humor that shows everywhere in her writing, on her blog and in her books!
Amitiés.